Temple of Doom: Mine Cart Chase

A photo of the miniature mine cart used in the production of the mine cart chase scene in Indiana Jones and the Temple of Doom led me on a quest for more information on this sequence. It is barely mentioned in the The Complete Making of Indiana Jones or the From Star Wars to Indiana Jones books and the ILM books have little to add either. The behind the scenes portions of the film on DVD has some coverage, but I found an excellent write up with great detail at TheRaider.net (linked below) that provides the most detail on this segment that I have seen, along with lots of detail about the other Indy films as well. They had some great photos (some from the books referenced above) and I located a few others on the web as well, which I have added below.

Unfortunately, I was not able to find clip of this scene on the web to link to, though if you have it on DVD and give it a review, you'll find that this old-school segment holds up very well on screen. It intercuts excellently with the live-action portions and is very realistic, even if you know the trick.

"Making tiny sets and props was no problem for the ILM model makers. Filming them was. Since many of the shots called for the camera to be trucking along with the action, the mineshaft sets needed to be built large enough to allow sufficient clearance all around. The smallest camera in the ILM inventory was 9-inch width and seemed to be a limiting factor on how small the sets could go. So they ended up using an in-house Nikon after Mike MacKenzie slowed down its motor drive about two-thirds and built a special magazine for it that would hold fifty feet of film, which is four hundred frames of VistaVision. ... By making the Nikon work they essentially cut their scale in half, which meant that rather than building a set that was sixty feet long, they had to build one that was only thirty feet long. That saved them an enormous amount of time and money. It was determined that ten-inch mine cars would be employed for most of the chase sequence."

The mine walls were crafted from heavy aluminum foil, which were then painted and weathered to look like rock. The set was further dressed with miniature lanterns, barrels, buckets and debris to show an active mining operation at work.

It's a great read, so check it out, as well as the pictures below, showing the animation models, the miniature set and the creative camera solution. 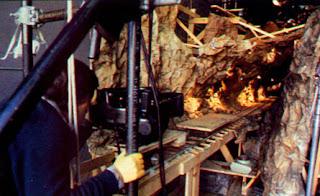 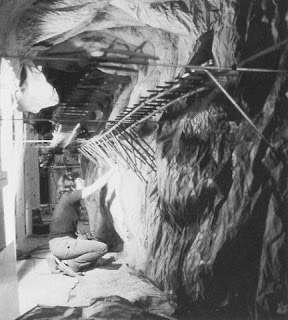 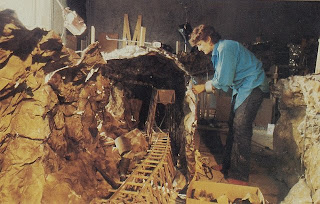 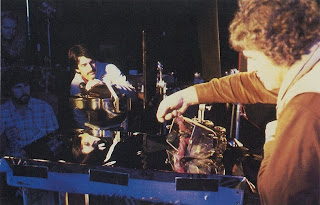 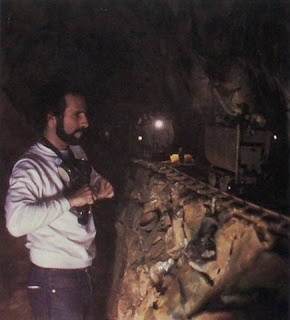 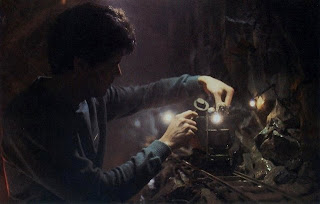 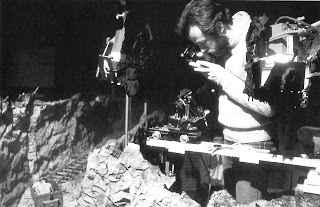 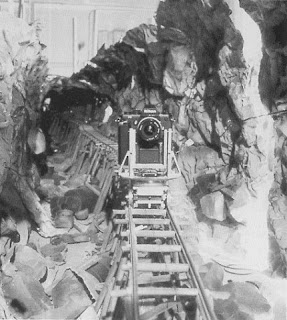 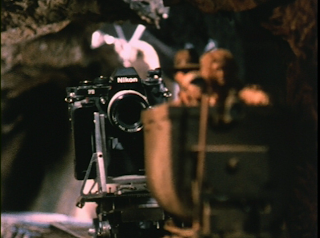