Behind the Scenes: King Kong Miniatures

In my continuing series on DVD special features with miniature content, we're taking a look at Peter Jackson's King Kong. With the full resources of Weta Workshop at his disposal, you know you're dealing with some top talent in the usage of miniatures. The miniatures are covered in a 20-minute segment that focuses on the miniature of the Venture, (the ship that travels to Skull Island), Skull Island itself, as well as some fantastic coverage of "tricks of the trade." 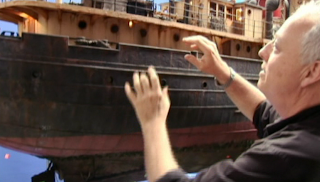 As you can see, the Venture is a good-sized miniature and the level of detail is very high. Several segments show comparisons of photos taken of the real ship the miniature is based on and the miniature items are nearly identical. The following photos show some of the detail. 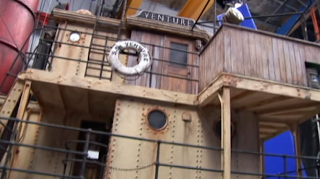 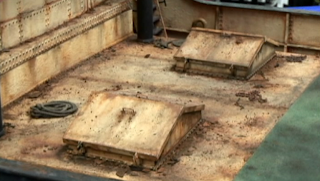 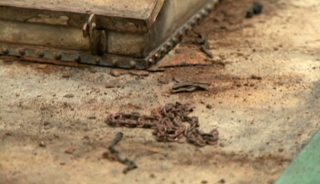 In addition to the ship, the featurette covers the hacking and slashing of a whole lot of foam to create Skull Island's architecture, canyons and cliffs. 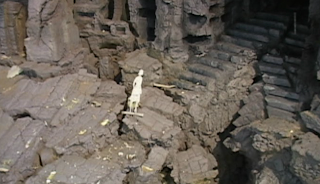 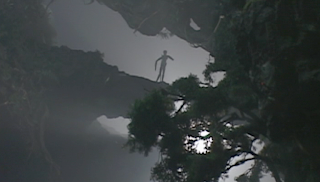 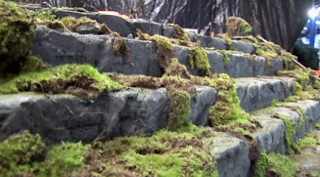 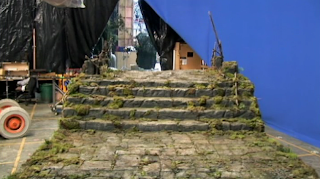 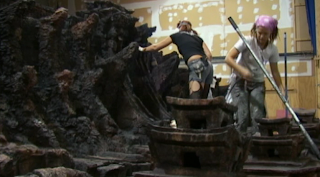 Finally, there is some good info for the aspiring miniature artist, particularly about lighting miniatures, focus, as well as combining multiple passes filmed via motion control to improve the quality of the finished shots. 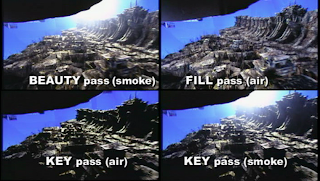 This material appears in the "Post Production Diaries" section of the Bonus Features DVD on the 2-Disk Special Edition of the film. Definitely worth a look for film miniatures fans.
Posted by Jason R at Thursday, December 30, 2010 No comments:

Behind the Scenes: Inside the Moon Model Shop

Moon is an independent film about a lone engineer on a lunar mining station who learns that things are not as they seem as the end of his three-year term draws near. The director decided to rely heavily on miniatures instead of digital effects for the film, enlisting the talents of Bill Pearson (perhaps best known for his work on Alien). Here is a detailed post from the VFX supervisor on the film that provides some great background info and model shop photos.

Bonus: If you've not yet seen the film and have access to Netflix, it is currently available for streaming (Dec. 2010).

Inside the Moon Model Shop

Behind the Scenes: Inception Hospital Explosion

While not showing much detail of the actual miniature, this time-lapse video of the construction of the massive hospital miniature for the movie Inception is an interesting look at the amount of effort and manpower required to get a signature shot for a Hollywood blockbuster.

If you'd like to see more detail, check out this photo gallery of the same sequence:

Behind The Stunning Visual Effects of Inception.

But wait! There's more! Apparently, this sequence has been covered in depth by fxguide. See the story behind the sequence here:

As a followup to the previous post regarding the use of a miniature helicopter, take a look at these two YouTube clips.

The first features a 1/72 scale model, combined with 3D elements and post-processed in a compositing program.

The second shows an impressive helicopter crash featuring a model helicopter with heavy post-processing to add rotors, atmosphere, and environment. 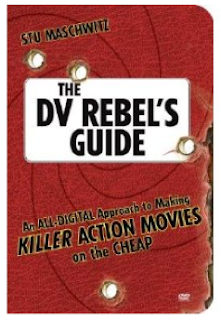 Stu Maschwitz has some serious special effects chops. After four years at ILM, he helped to start The Orphanage, an acclaimed effects house. He's also the author of The DV Rebel's Guide: An All-Digital Approach to Making Killer Action Movies on the Cheap, a great little handbook that encourages low-budget filmmakers to think big.
One area he addresses is using miniatures to add production value to low-budget films. As an example, he uses a 1/48 scale model helicopter to demonstrate how easy it is to get decent results. 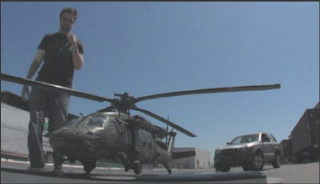 As you can see, 1/48 scale is pretty tiny, yet it's easy to fool the camera. Larger scales would give more detail and be easier to shoot. This shot is entirely done in-camera with no post-processing and gives great results.


He uses the same model in a later sequence, combining the model with post-processed masks to produce realistic shadows in the real-life scene. 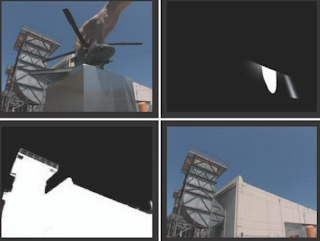 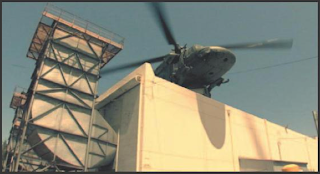 The book gives some great tips for beginners with a discussion of nodal points, overcranking, scale tricks and more. There's even an Excel spreadsheet on the included DVD that will calculate proper frame rates for your chosen scale when overcranking. All in all, an excellent reference for your book shelf and if your interests go toward action films, you'll find even more amazing content to consider. This is a great book and highly recommended.

A Leonardo DiCaprio fan site, of all places, lands an interview about the miniatures of Shutter Island. Nice detail and some good pictures.

"It really is absurd that people aren’t doing this technique more. Not to sound bitter, but it bugs me. We’ve taken the technology that’s the newest of the new and mixed it with the old-school technology. These techniques should be mixed – visual effects is a magic show, and you should never know how it’s done."