Ridley Scott's Alien took 1979 by storm and was followed by three additional films in what is known as the Alien Quadrilogy, with the aliens appearing in several additional films. Scott is returning to this universe in the upcoming Prometheus, a prequel to the original film. The popularity of this franchise has led to many different releases on tape, LaserDisc, DVD and Blu-Ray through the years and there is a vast array of behind-the-scenes footage on the films.

This post is about the extras relating to the visual effects and miniatures in the Alien Quadrilogy DVD box set. However, the content on these discs appears to be included on the Alien Anthology Blu-Ray release as well. 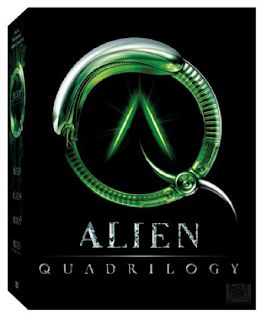 Covers the design and construction of the various spaceships used in the film, as well as the filming and problems they encountered (director Ridley Scott knocking chunks off a model with a mallet and telling the model makers to have it redone for shooting "after lunch" when it had taken them six weeks to build!) Lots of commentary from the artists and some excellent close-up images as well. 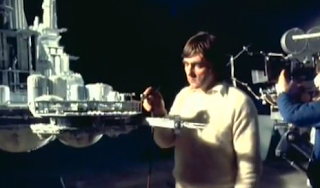 Lots of variety here, much more in the way of miniatures than the original film. Not only spaceships, but full miniature environments, from the hanger deck of the marine cruiser where the climatic battle between Ripley and the Alien Queen takes place, to the interior of the atmosphere processing facility, to the exteriors of the far-flung space colony the aliens have attacked. Of special interest was the discussion of the use of puppet miniatures in filming the fight sequence of Ripley in the power loader suit against the Alien Queen. There is a separate segment in the special features titled "Beauty and the Bitch: Power Loader vs. Alien Queen" which give more insight into this sequence, but does not discuss the puppetry aspect in any depth. 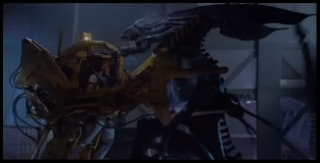 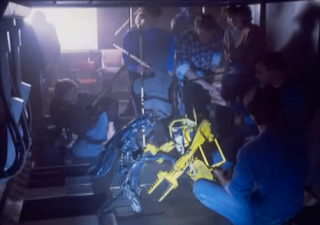 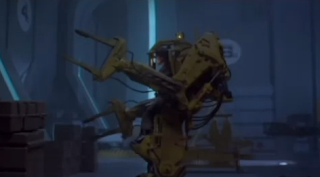 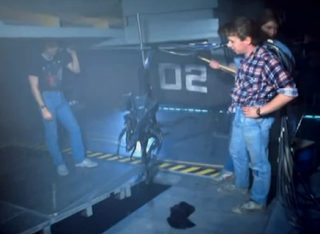 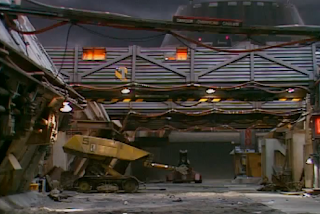 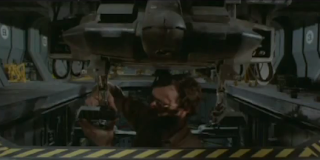 The third film in the series takes place primarily inside of an off-planet penal colony and miniature use was not needed as much as on the second film. However, there are a few sequences that utilize them, but they are covered sparsely in this look at the visual effects. There is an additional look at the matte paintings used, but the longest visual effects discussion is around the use of a miniature puppet for the alien. While this section is interesting, it's not as an effective use of puppetry as in the earlier film where the puppetry merely augmented certain sequences rather than became the normal mode for the alien. Still, I love the creativity and the effect that they did achieve is very interesting. 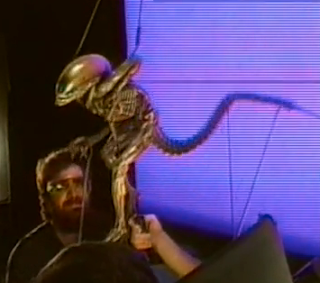 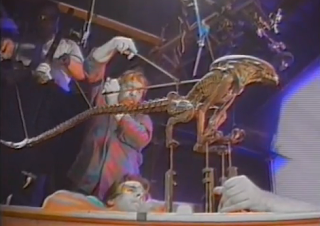 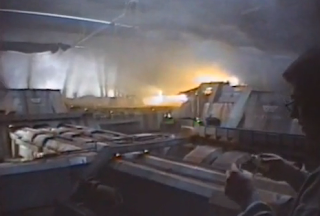 While the movie itself was lackluster, the miniature work was amazing and  there is some good behind-the-scenes info on the spaceship and space station models and the methods employed for realism. There is some discussion around why they went with models instead of CGI (they felt CGI was not advanced enough and the volume of shots needed). 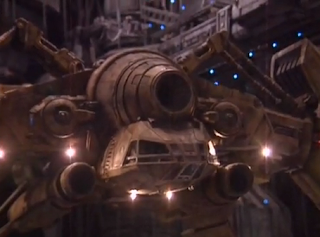 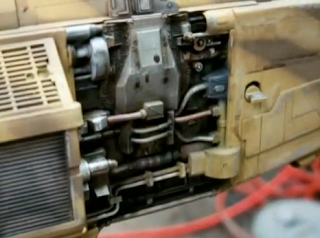 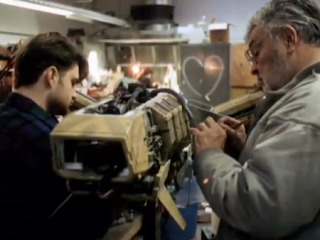 It's great to see how movies with similar themes approached story elements requiring miniatures in this collection, but the clear winner here is the segment from Aliens, the second film in the series. Much more for the miniature enthusiast to sink the teeth into regarding variety.
Posted by Jason R at Monday, May 07, 2012 1 comment:

Several episodes of the early 90s Discovery Channel behind-the-scenes series Movie Magic have been posted on YouTube. A number of these episodes address film miniatures and their use. I thoroughly enjoyed watching these programs and recommend them for those who enjoy film miniatures. Lots of old-school goodness here! 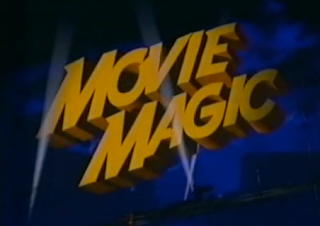 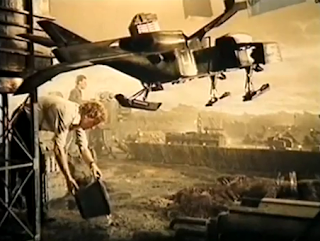 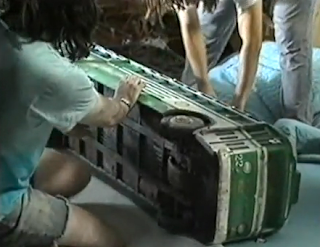 Movie Magic: Miniature Pyrotechnics
Posted by Jason R at Monday, May 07, 2012 No comments:

Martin Bower is a well-known name in film miniature circles, with a hand in building some of the most iconic miniatures from popular sci-fi films and TV series. Visiting his Web site is a real treat for miniature enthusiasts, as he presents a wide variety of behind-the-scenes construction photos and detail shots. 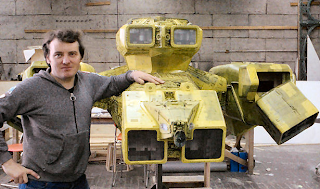 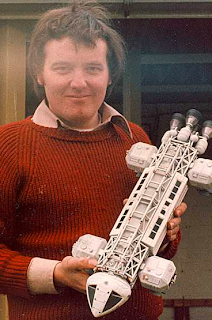 Plus, don't miss the "How to Make" pages, where Martin gives details on how to construct your own versions of many sci-fi classics.

Martin Bower's Model World
Posted by Christian Film at Sunday, May 06, 2012 No comments:

A Site You Should Know: Matte Shot

If you want a definition of "labor of love," just spend some time browsing this site and check out the copious number of screenshots taken from Golden Age films showing the artistry of well-know and unknown artists who allowed Hollywood to bring magic to the screen. I have spent hours on this site and have a much deeper appreciation for the art of the matte than ever.

And even though the mattes are center stage, special effects in general often enter into the scene, including miniatures. A great example of this is this entry on the Lydecker brothers:

This blog is a worthwhile stopover for the film miniature lover and a great addition to the knowledge and appreciation of "old-school" special effects methods and technology.

It's art, it's science, it's wonderful!

An earlier post on the independent film Moon referenced the filmmaker's take on the miniature work. Many more photos can be found at the personal Web site of one of the model makers involved in the project. While you're there, browse around and take a look at the other projects he's been involved in, there is a lot to look at. A very talented model maker. 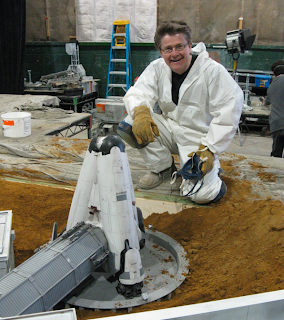 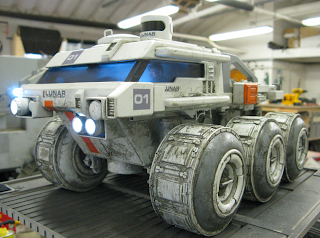 Steve Howorth's Miniature Work
Posted by Jason R at Sunday, May 06, 2012 No comments:

Behind the Scenes: Machine

The development blog for Machine, a short film with computer-generated characters in a miniature environment, has lots of detail on the process of creating the miniature interior and exterior sets. Their work is very impressive. 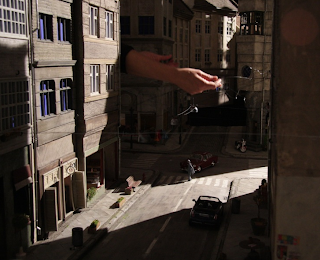 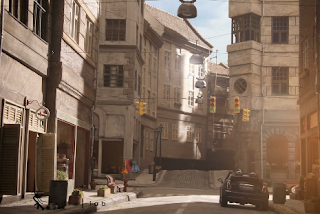 There is one post that details their use of rapid prototyping equipment and 3D printing to construct some of the miniatures. Although this is only a side note in their construction process, I believe that this will become more and more common in producing miniatures, particularly in cases when multiple duplicates of a single item must be produced. Much quicker and easier than casting.

Machine Development Blog
Posted by Jason R at Sunday, May 06, 2012 No comments:

Behind the Scenes: Pirates of the Caribbean: At World's End

A boat design Web site has some fantastic treats hidden away for your amusement - some incredible photos of miniature ships created for the film Pirates of the Caribbean: At World's End. 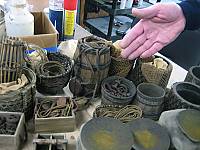 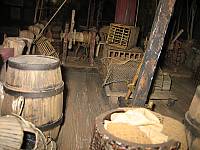 I am really impressed with the level of detail, particularly in the knowledge that most of what is seen here will never make the screen or at most will be seen for only a few short seconds. I wish I had some shots of the full-size sets to compare it to.

Check out the forum for more shots - there are two posts from the modeller showing several ships used in the film.