Behind the Scenes: The Rocketeer

I'm a sucker for films set in the 1930s-era, and The Rocketeer  is an old favorite. Disney totally blew it by not giving this franchise a chance to succeed and piled on the error by releasing both the DVD and Blu-Ray editions with no special features that show how the filmmakers brought the story to life.

I went looking for anything that might give some insight into this great film and uncovered a few tidbits.

The first is the page of Michael John Cummins, who did effects work on the Nazi zeppelin used in the film. He provided a few behind-the-scenes shots of the model.

Next up is a segment showing the stop-motion work done on the film from YouTube. It appears to be from a TV show (hosted by Christopher Reeve) and it is from the scene in the film featuring a Ford Tri-Motor airplane - one of my favorite planes.

Finally, a 'making of..." show made to promote the film, titled Rocketeer: Excitement is in the Air. While only part of this show is focused on the effects, there are some interesting bits. 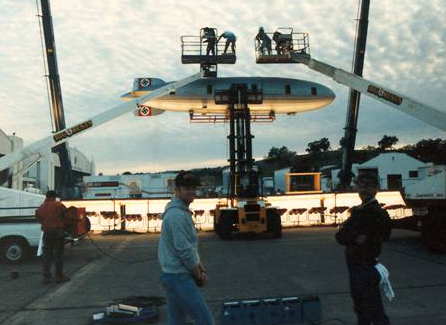 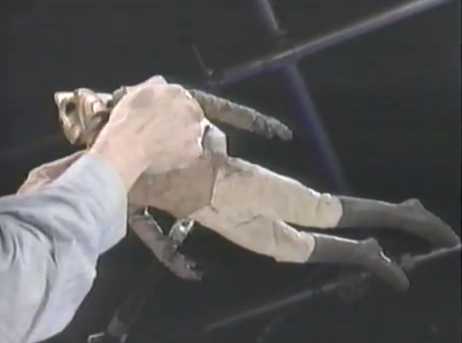 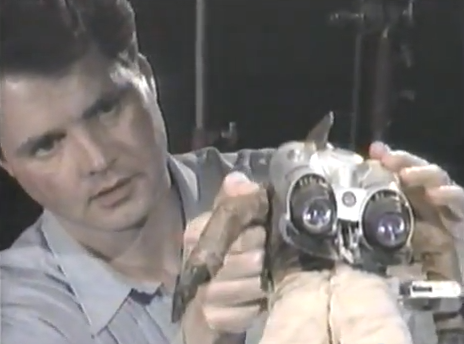 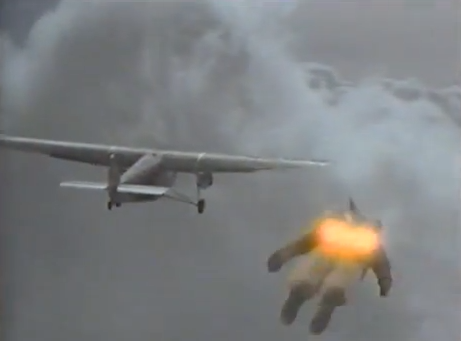 Rocketeer: Excitement In The Air

The details of the model build of the independent short Skyborn by Cat Harris.  Some very nice work is included in the trailer embedded on the page. 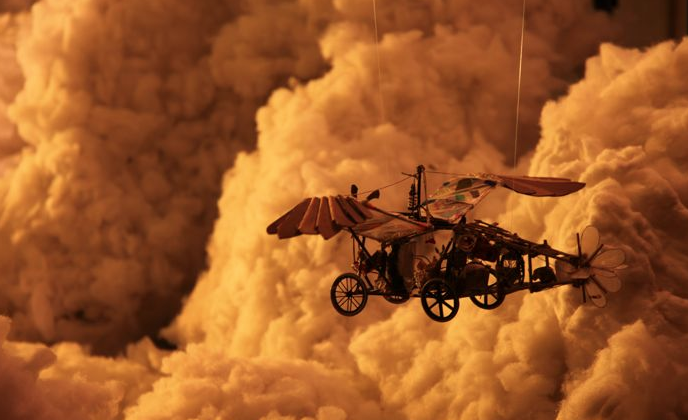 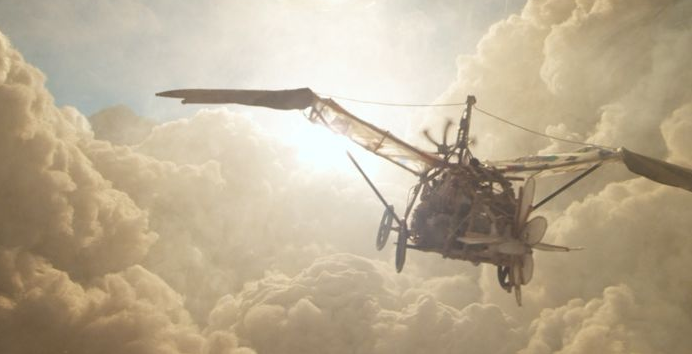 Taking a cue from Steven Spielberg's Close Encounters of the Third Kind, this low-budget director turned a $23 Wal-Mart toy into an excellent foreground miniature that sells the shot.

Reading the details shows how he linked the sound effects used in the scene as an additional means to help make the shot more realistic to the viewer.

In the photos below, you first see how Spielberg used a foreground miniature, then the setup used by Vashi Nedomansky for his movie. Click through to his blog for more details and a link to video of the final shot and behind-the-scenes action. 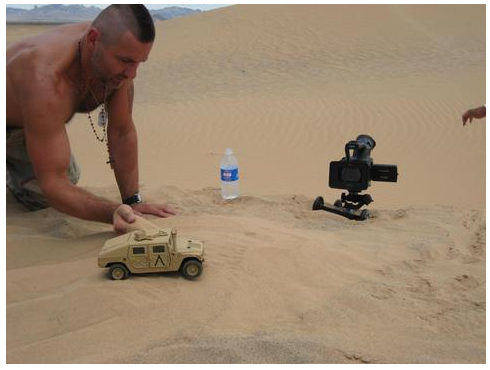 I ran across an interesting tidbit on the excellent "Matte Shot" blog explaining a Chicago miniature explosion using a foam-core mounted blow-up of a matte painting in the foreground and a miniature street scene in the back. This was for the film, "The Blues Brothers."

A behind-the-scenes shot is also there showing the scale for this effect. I've linked the finished scene below as well (and, yes, that is the lovely Carrie Fisher setting off the explosion). 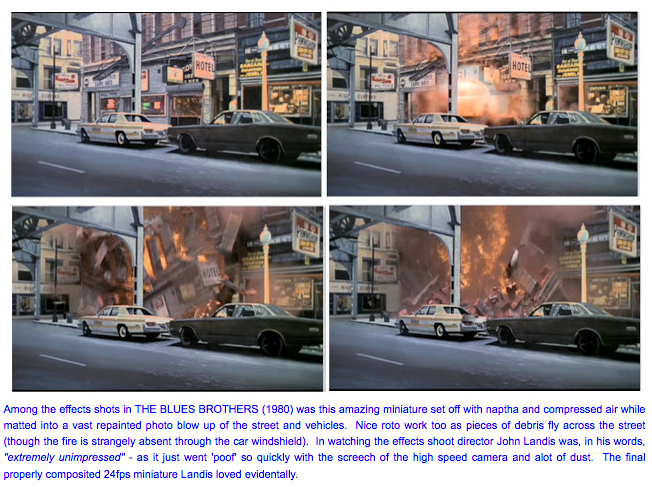 Finished Scene on YouTube
Posted by Jason R at Saturday, February 01, 2014 No comments: